skip to main | skip to sidebar

Being a hardcore Holland fan...it pains me to see them go out of next Summer's Euros but what to do - they plain and simple poor and disorganised. Lots of old guard there Van Persie, Huntelaar, Sneijder but you cannot also throw everyone out. You still need them to guide the young ones to future glory. Hope this will be a good lesson and they will bounce back from this rather sad debacle. One player who caught my eye was Anwar El Ghazi from Ajax, typical Dutch winger who can cut in and out and change pace. Anyway, let's look ahead, for me, I need to find a new team.
Posted by Freak On A Leash at 03:25 1 comment: Links to this post 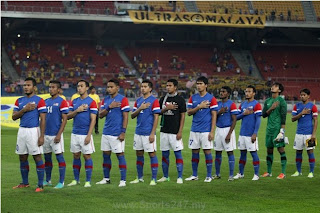 While we were so busy with Malaysia's pathetic performance against Bangladesh, I cannot help but notice this photo of Bunyamin Umar with his Palestine support gear - t-shirt and scarf.

Of course all of us are entitled to our political leanings but if someone brought it up, would FIFA fine us for bringing other elements into sports? I am not sure but I am wondering will FAM get into trouble with AFC for this, first and then later, FIFA to act?

If its ok, then I guess in future, we can use players to display their support for many issues for example, help the flood victims in places with flood problems, against whale hunting, no to shark fining, no to racism in certain countries afflicted by racists attack?

Not being the spoil sport but remembered long time ago FIFA was against displaying political and  sponsors (which are not in the official list of FIFA sponsors) logo on jerseys...However, this happened just before the match.

Maybe I will email AFC and FIFA for some clarity and...hopefully I may get an answer as I am a nobody
Posted by Freak On A Leash at 01:53 2 comments: Links to this post

Past Achievement Means Nothing 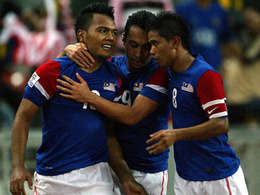 Two losses in prepatory friendly matches for AFF Cup and suddenly, his world is like slowly falling apart with FAM supremo Tengku Abdullah Sultan Ahmad Shah (TM) breathing down his neck with comments on squad tinkering.

In Malaysia, it shows just what success does to you when the whole of Malaysia wanting a piece of you, remember the national squad was even honoured at the annual Year End bash in the capital last year? (I was wondering what is the relevance between a song and dance concert and inviting the national team for an award at the same event?)

However on the other end of the spectrum, failure means you will get chastisized by the fans and officials and if it gets even worse, you will be treated like a leper. By now, Rajagobal would have laid out his plans for the upcoming AFF Cup defence starting November 25 and to be fair to the man, let us not judge him on friendly matches results.

He must and will be judged on AFF Cup results, failure to retain the title means the responsibility is his and his only. Show him the door if you may but when you look a the calibre of coaches we have in stock locally, there is nothing much to choose from expect the usual veteran suspects doing their rounds, coaching around Malaysia teams year in, year out.

While I guess TM means well, let Rajagobal does the job he is entrusted and if we fail, at least he knows it is his own doing only and no one else.
Posted by Freak On A Leash at 00:38 1 comment: Links to this post

BEN10 is Over Priced

Recently, I went to the BEN 10 LIVE TIME MACHINE show at 2.00pm, Saturday, 10 November and was expecting a large, 'humungousaur' crowd but when the show started, about 10-15 minutes later then scheduled, huge swathes of seats were still empty.

It got me thinking, normal middle class Malaysians can't and won't afford tickets which are expensive. The cost per ticket, be it adult or child are as follows:

Minimum 2 pax must attend - parent and child so minimum, you are looking at, at least RM200 per family. I am not sure about other shows but the show I attended was empty until the organisers gave us an option of occupying the back row of the VIP seats.

However, if I paid that much, I'll scream murder as for RM328 and if you are seated at the back zone, your poor child won't be able to have a good view as the seats are all of the same level. I seriously wonder who was in charge of seating...

And outside the hall, there was more money to milk with all the merchandise, toys and snacks with BEN 10 branding.

Hopefully in future, the organisers will bring the down the prices so that more people can enjoy the show, especially BEN 10 hard core kids...Anyway, I suspect the next time they come down, my son would have grown out of this and move on to other cartoon characters. 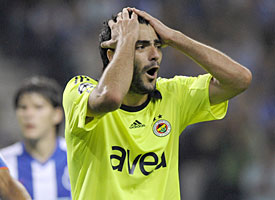 
It seems Malaysia football is in the news again with former Spanish international Daniel Guiza joining Johor and proclaiming "To be honest I don’t know much about Malaysian football. But I watched videos of the local matches on the Internet before coming down here and what I observed was Malaysians appear very passionate about their football.

He further added, that the reason he wants to leave his current club, Getafe CF in La Liga, was because he and the manager had differing views and also that money was not the case since he had offers from top Spanish and European clubs.

“I want to help Johor become not only the top team in Malaysia but in Asia as well,” he said adding that the local weather would not be a problem for him.

The quotes were taken from The Star and read here.

Hmm, how many times have we heard this statement from a foreign player and how many have lasted this long here by virtue of our standard of football?

Seriously, will he make a difference and how long will he light up Johor and Malaysian football? Somehow as a fan, I suspect money played a role and I am sure rather than fight it out in other European leagues, he probably have a nice retirement package here.

Bu hey, I could be wrong! 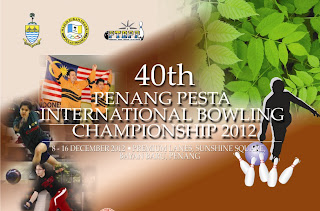 After successfully staging this Championship in 2011, which attracted more than 350 bowlers (both local and overseas) participation, the organisers anticipates a larger pool of leading bowlers from the Asian countries to participate in this year’s event. 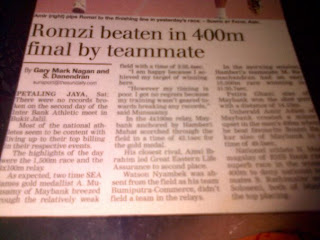 The days when Inter-Bank meets were glamorous. Now, the National Bank Sports Council is run by incompetent officials who fail to move with the times. Their excuse, blame the management for not hiring athletes but their council consist of non sporting banks members and staff who are not even CEO level which xplains why change cannot be affected. Only thing they do is talk co#@
Posted by Freak On A Leash at 21:56 1 comment: Links to this post

Freak On A Leash
Puchong, Selangor, Malaysia
Former sports writer with The Sun and also ex-Media Officer with the Asian Football Confederation and now doing PR for a financial instituition. Set up this blog to write about sports to continue my love affair with it. Doing it for fun so if you don't agree with my articles, feel free to leave a comment. Heck, if you hate it, then please leave!